Okay, so we’ve got most of our gear on and made our way over to the bunny Slope. Once you attach these giant planks to your feet it’s going to feel a little like wearing clown shoes, and moving is going to be awkward! So before we take off down the hill lets learn a few basic skills to move around in this snowy environment.

Remember, an important thing to consider when learning to ski is the individual as well terrain available. Everyone will progress at different rates and no one set of objectives will be suitable for all. Pick steps that are achievable, feel free to skip tasks that seem too easy, or ad in extra steps if the goal seems out of reach.

Start off on some nice flat terrain out of the way of heavy traffic with some gentle slopes around. In a little hollow is ideal.

When picking a safe spot to learn it’s important to consider other people on the hill and be aware adhere to the Alpine Responsibility Code.

One Ski or Two?

Once we’ve found some suitable terrain, the next decision we need to make is whether to start with one ski or two?

New skiers aren’t typically used to their feet sliding away every time they weight them, so often it’s easiest to start by putting on a single ski. If idea of standing on two slippery  sticks seems daunting then this the way to go. That way there’s a grippy back up to rely on until the concept of balancing on a gliding platform sinks in.

If on the other hand, you’ve found a nice flat area to work with and have tendency to learn physical skills quickly, then you might as well jump right into it and put on both skis.

If you missed the section on getting your skis on here’s a quick refresher: Getting Used To The Gear

Basic Mobility and Moving on the Mountain

There are infinite exercise variations to get new skiers moving on skis and you can use your imagination to make it fun... but here are a few basic ideas:

Instructor Tip: While teaching consider other sports or activities the individual is used to that you might relate to some of these moves.

Pushing With Poles - Probably the simplest way to move around the flats pushing with poles will also help develop that early sense of gliding and balancing on moving platform. It’s also rear for building core strength!

Circles & Figure 8’s - If starting with a single ski try skating around in a circle with the ski on the outside foot. The skier gets used to having a ski on their foot and the basic concept behind skating moves which require a blend of gliding and grip on the outside ski. Once wearing two skis try figure 8’s so both feet have a chance to be the outside foot.

360’s - On snow 360 degree spins can develop concepts of leg turning and rotational control. With two skis on it can be quite challenging for new skiers and will help them understand how much wiggle room they have before their tips cross or their tails clank. 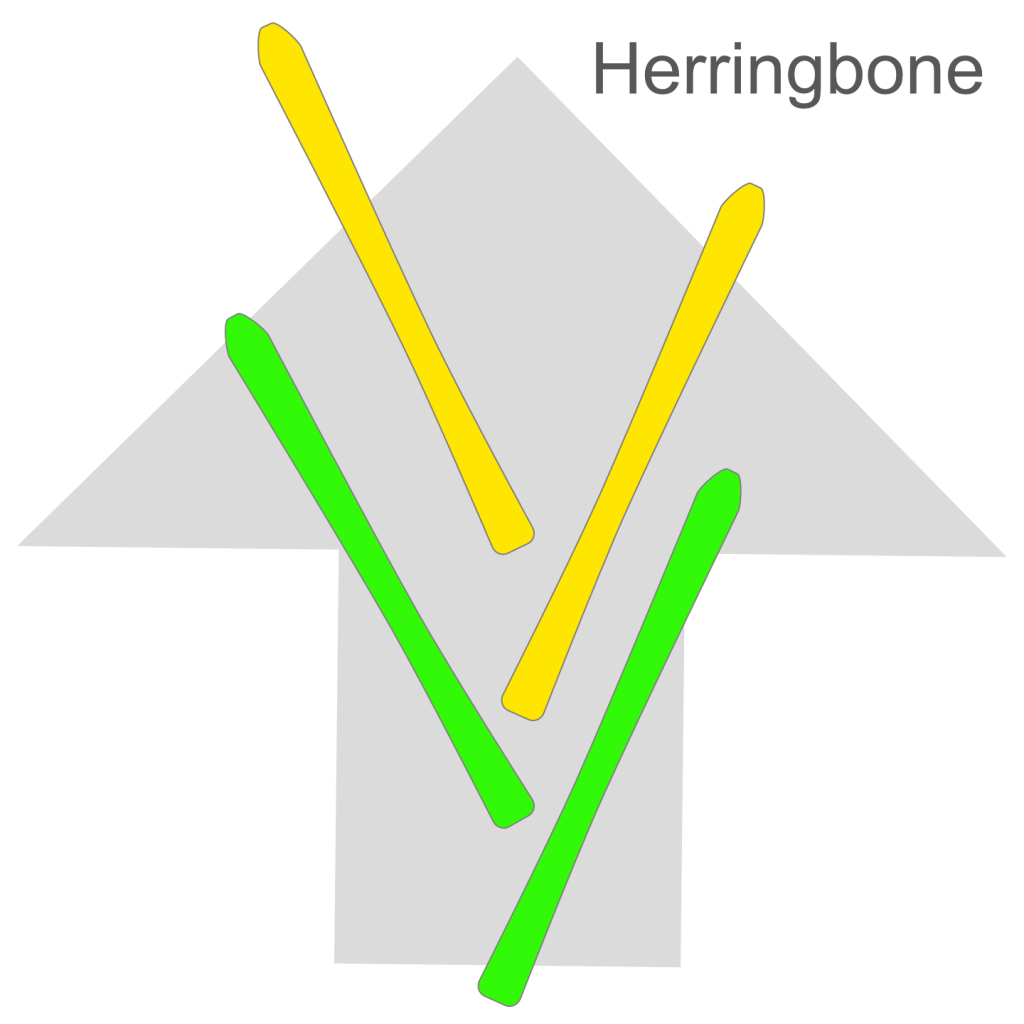 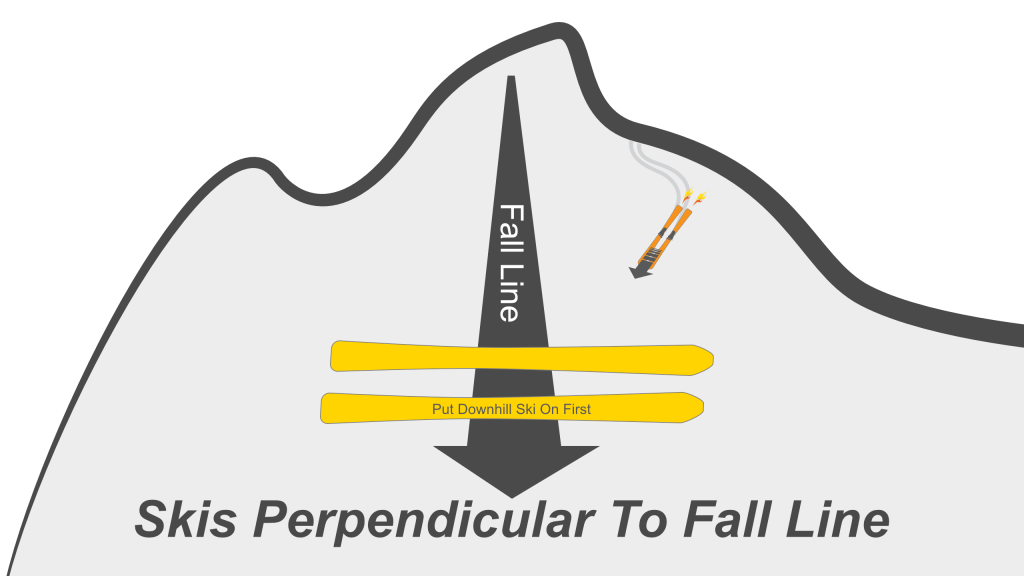 Side Stepping - Super useful for getting up hills. It’s slower than herring bone but works on much steeper slopes. It also develops a basic understanding of edge control and the fall line.

Start Gate / Bullfighter Turns: This technique of using the poles for support while repositioning skis on a gentle slope comes in really handy to set up for the very first attempts at gliding with gravity.

The best way to get better at skiing is sking! I’m a firm believer of getting new skiers sliding around as soon and as often as possible. Especially for people who have any sort of athletic background, it’s simply more fun.

For students with a great deal of fear or those with less coordination, however, patterning some fundamental skiing movements on flat terrain can help build confidence and ease them into it. Some moves can even be practised without skis on. 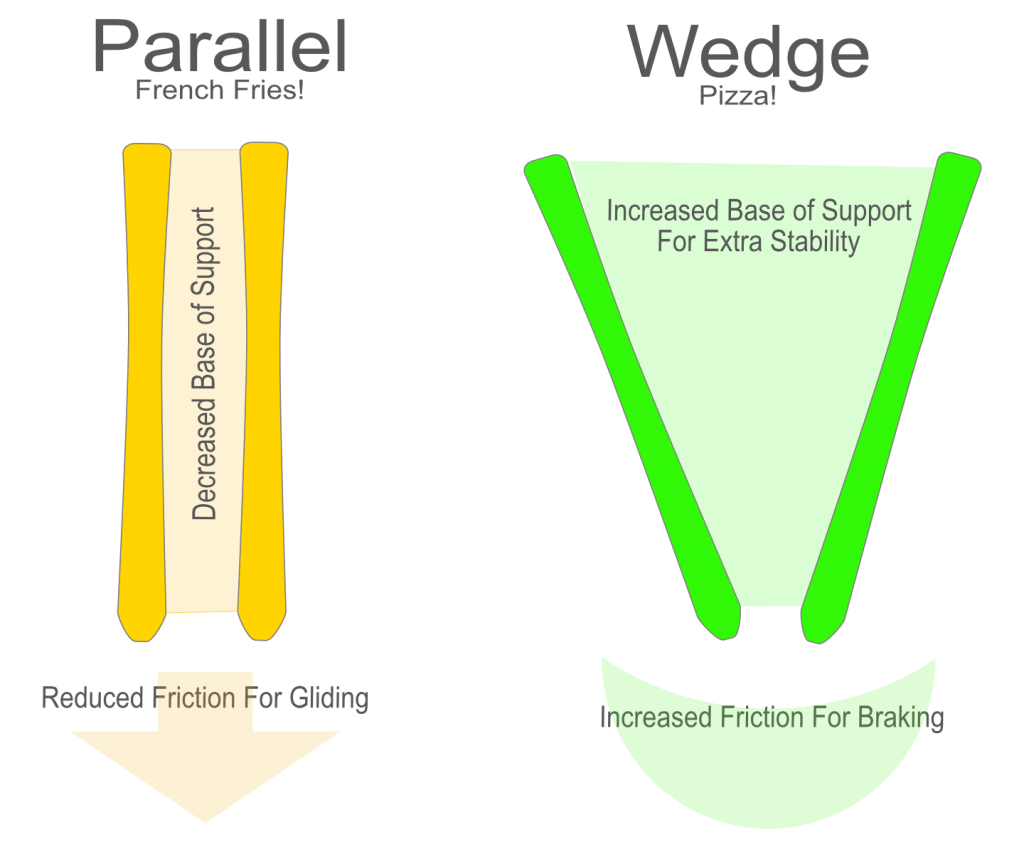 Getting Up After A Fall

Eventually you’re going to wipe out. Don’t worry, it’s al part of the fun and at novice speeds it doesn’t usually hurt. It is however, a good idea to develop a little independence and make sure you can get back up on your own. Here are a few things to you get back on your feet:

Draw a rainbow from your hip to toes...

Walk your hands along the rainbow!

The Pole Method - One hand at the base, one hand on top of the pole grips.

The Middle Aged Man Method - If you don’t have enough flexibility... just pop a ski off.

Thanks @liuckk59… it’s a work in progress. Will keep adding to these progressions as new teaching situations pop into my head.

This is my first time here and the content is really great.Keep it up 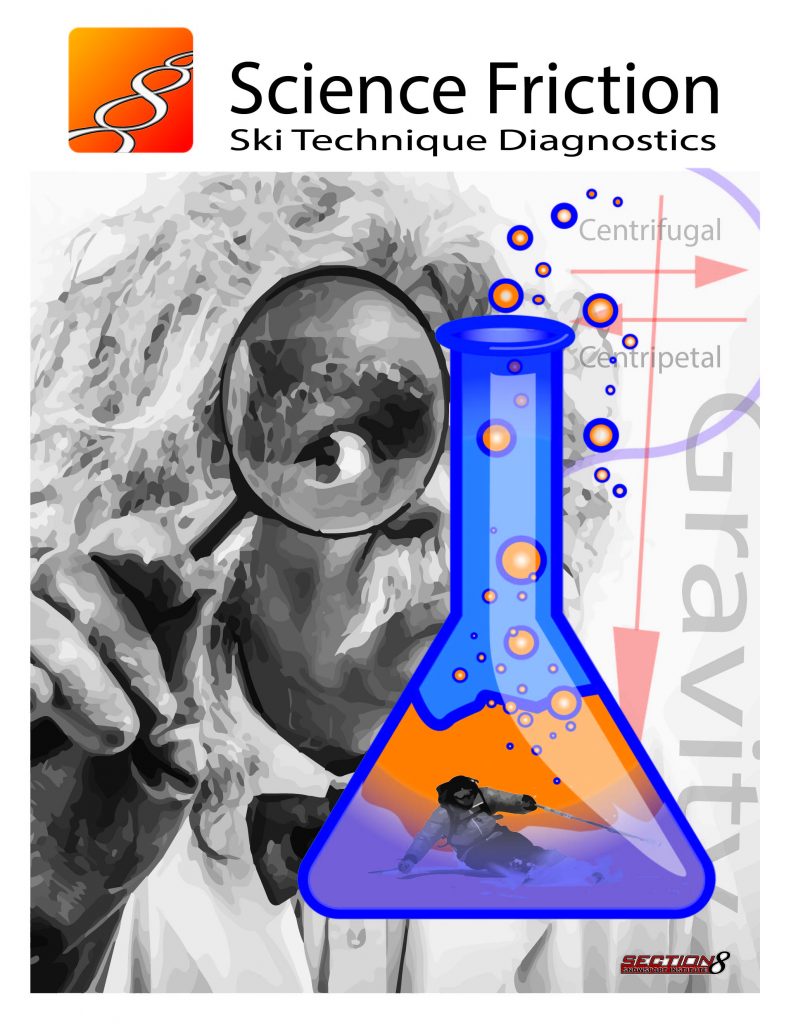 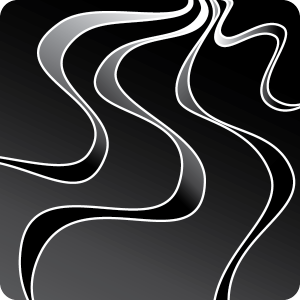 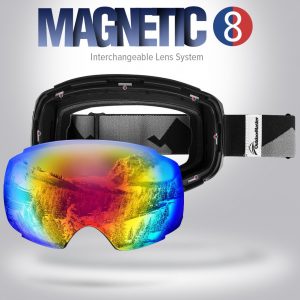 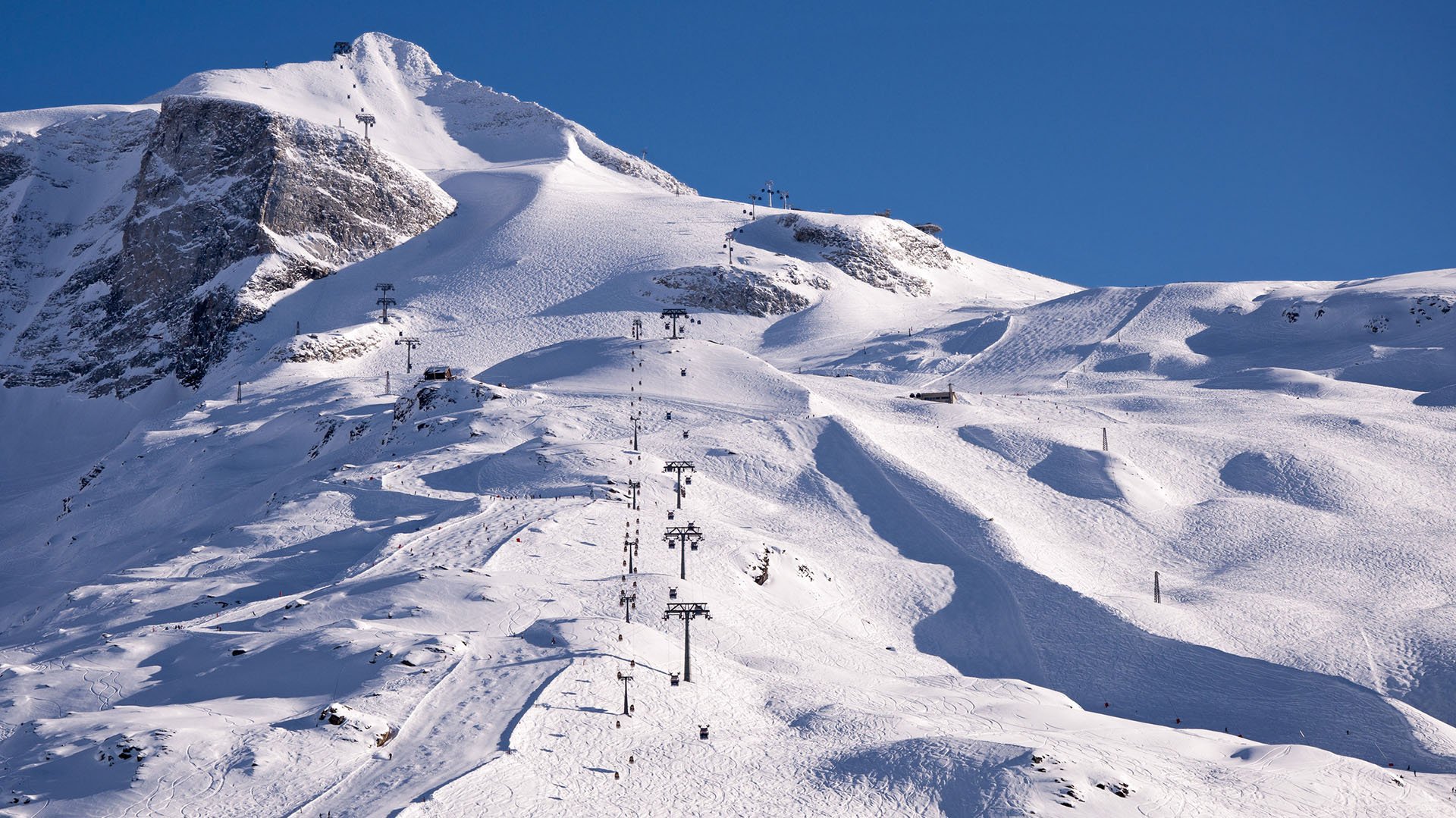 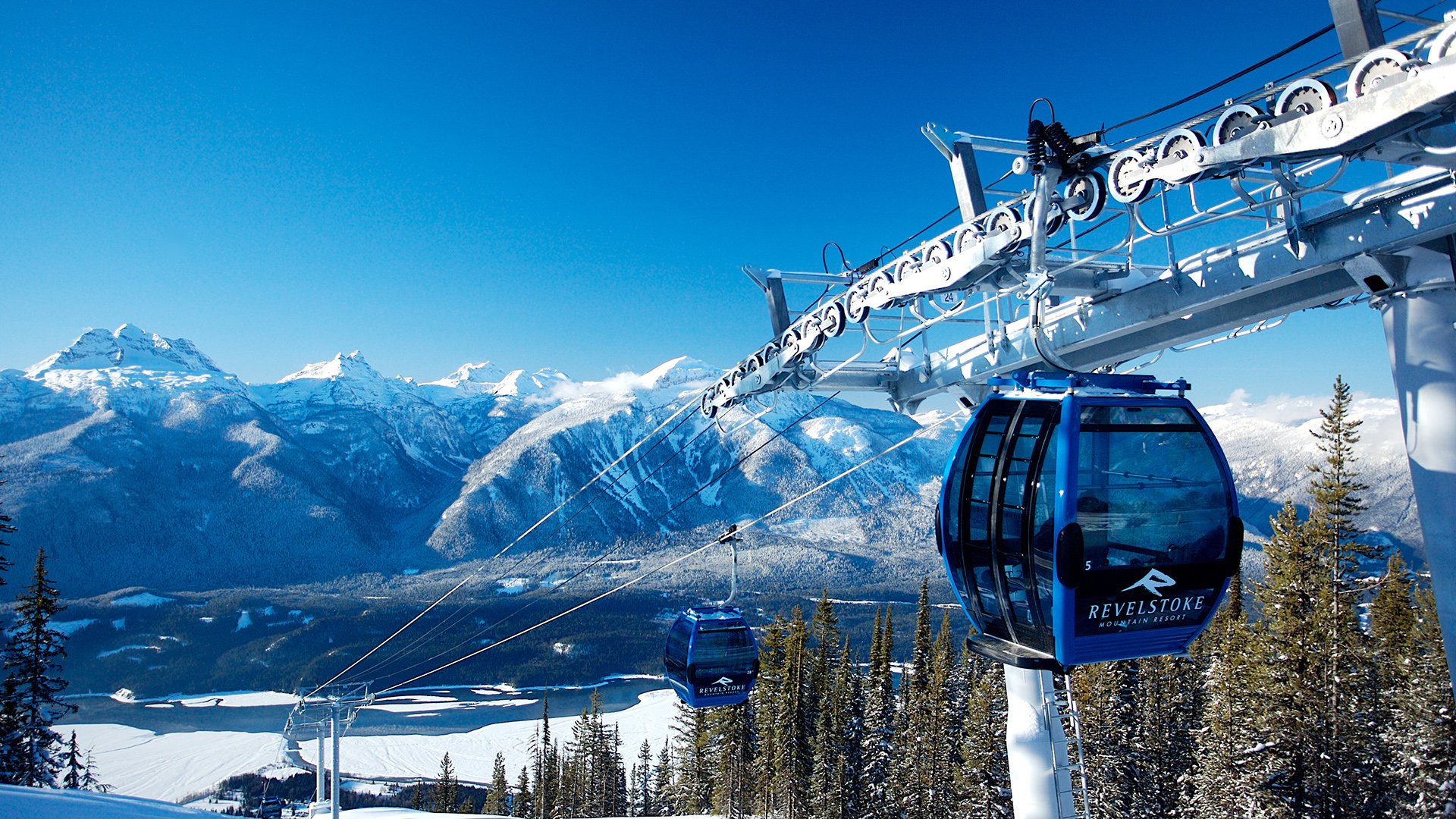 4 DAYS OF All MOUNTAIN SKI IMPROVEMENT Do you have a snow sport dependency? If so our Revel-steep session is a great excuse to test your thighs on North America’s longest

4 DAYS OF All MOUNTAIN SKI IMPROVEMENT

Do you have a snow sport dependency? If so our Revel-steep session is a great excuse to test your thighs on North America’s longest vertical.

This camp is suitable for intermediate to expert level skiers whether your looking to make your first turns off the groomers, prepare yourself for a day of heli-skiing, train for that next level of instructor certification… or push your envelope on Revelstokes steepest and gnarliest.

We’ll balance coaching with lots of guided mileage in the vast bowls, bumps, tree runs and chutes that Revelstoke is famous for and if you’re up for the ultimate powder experience you’ll have the option to add a day of heli-skiing or cat skiing with Selkirk Tangiers.

Calling all intermediate to expert level skiers! 4 Days of ski all mountain improvement.

Do you want to go faster… go slower… go left more…. go right more? Maybe you want to carve up the groomers with sweeping arcs or make your turns shorter and snappy. Perhaps you want to shred powder, bumps, trees or steeps? On Section 8’s Science Friction camps you determine the objective… and like mad scientists in a snowy laboratory we’ll help you discover your inner ski geek.

Video analysis sessions will help you differentiate your perceptions from reality as our top certified coaches perform a double blind placebo controlled study on your skiing. Whatever the terrain, whatever the conditions, through guided experimentation you’ll discover how to best adapt your technique and tactics to the situation at hand.

Don’t worry, it won’t be all talk. There will be plenty of time for guided mileage and pushing your boundaries.

We’ll wind down each day with a little apres ski social with one evening reserved for a nice group meal to reflect on your recent skiing discoveries… and perhaps tell a tall tale or two. 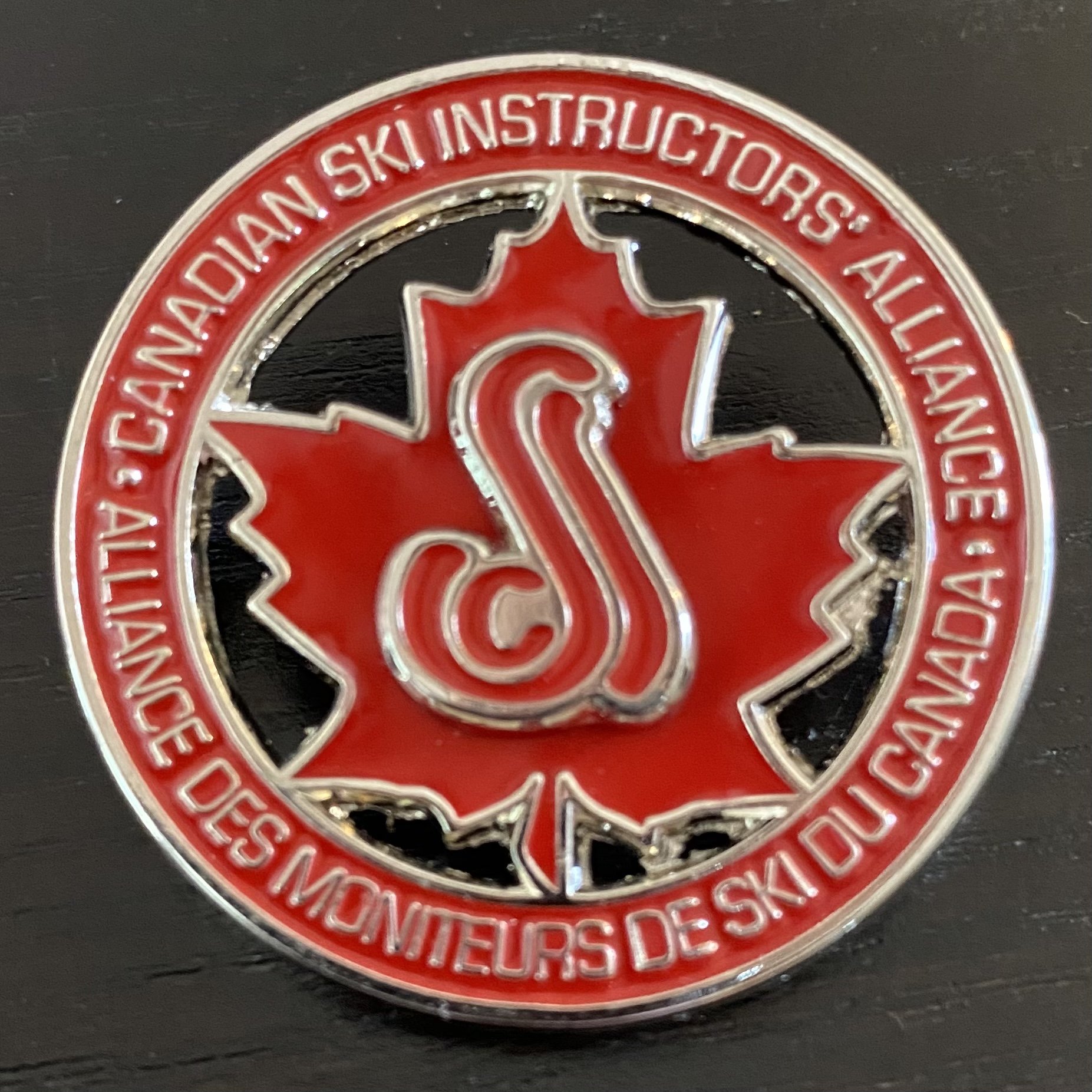 Do you have lofty goals? Are you training for CSIA level 3 certification… or level 4? The exams and academy entrance are notoriously challenging with an unspeakably low pass rate,

Do you have lofty goals? Are you training for CSIA level 3 certification… or level 4? The exams and academy entrance are notoriously challenging with an unspeakably low pass rate, however, it is our belief that these are achievable goals by anyone with enough drive and commitment.

No one can guarantee immediate success, but this series of intensive boot camps will give you the best possible shot with small group coaching from CSIA examiners. 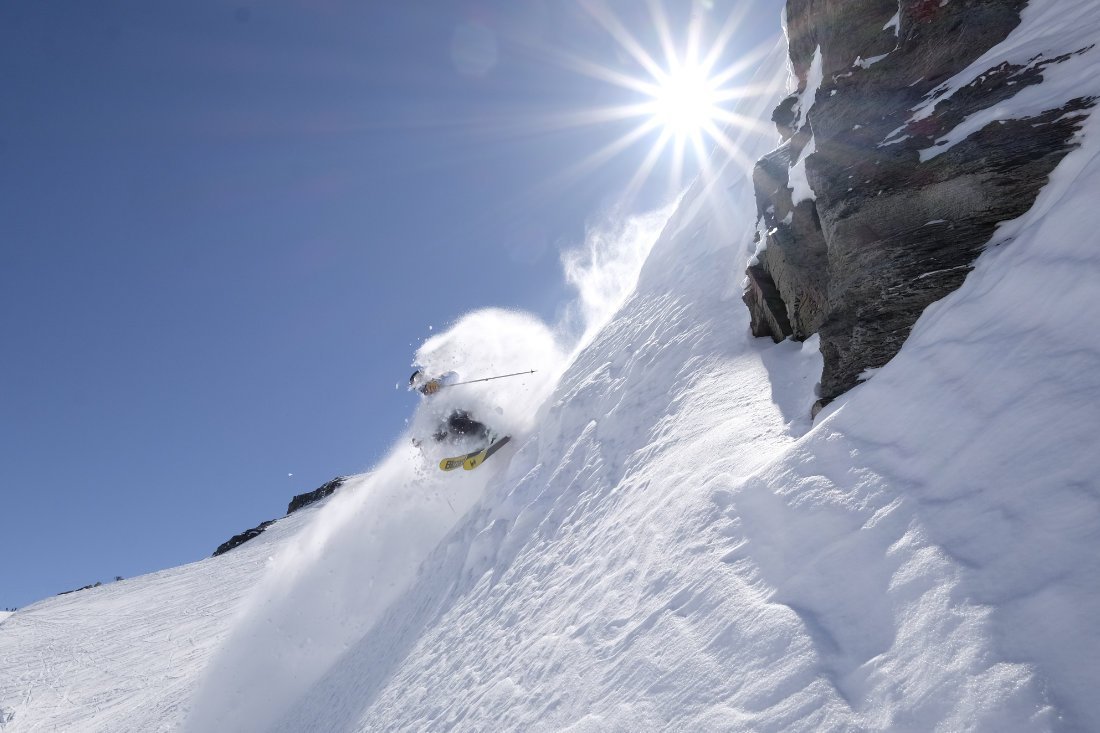 A legendary big mountain venue, the 3239m Titlis rises spectacularly out of the town of Engleberg offering over 2000m of vertical to work your thighs into a rubber. With an average

A legendary big mountain venue, the 3239m Titlis rises spectacularly out of the town of Engleberg offering over 2000m of vertical to work your thighs into a rubber.

With an average upper mountain snowfall of 10 metres, Engelberg is one of Europes most snow sure resorts, and boast amazing snow quality for those who like it light and fluffy!

Whether you like long winding pistes, or want to get off them altogether, Egelberg’s impressive variety of terrain is jaw dropping… and exploring it will be an adventure.

The village is quaint for cold pints, stringy fondues, and believe it or not, some darn good burgers.

The Engelberg Explorer is suitable for any intermediate to expert level skier aiming to take their skiing up a notch.

If skiing Engelberg on your own sounds intiidating, this camp is a great opportunity to explore new terrain and push personal boundaries with the guideance of expert all mountain instructors.

Do you have lofty goals? Are you training for CSIA level 3 certification… or level 4? The exams and academy entrance are notoriously challenging with an unspeakably low pass rate,

Do you have lofty goals? Are you training for CSIA level 3 certification… or level 4? The exams and academy entrance are notoriously challenging with an unspeakably low pass rate, however, it is our belief that these are achievable goals by anyone with enough drive and commitment.

No one can guarantee immediate success, but this series of intensive boot camps will give you the best possible shot with small group coaching from CSIA examiners.