Wide Track parrallel can be a good option for novice skiers to progress from a wedge towards their first parallel turns. Provided shallow enough terrain is available it can often be a shortcut, eliminating the need for a longer progression with semi stem turns.

To instill confidence select the gentlest slope you can find and simply aim to move the skis parallel for as much of the turn as possible.

Keeping a wide stance will allow for a high degree of stability (similar to a wedge) and will take precise balance out of the equation. This should allow the skier to focus on coordination of the leg turning moves required to direct both skis simultaneously. 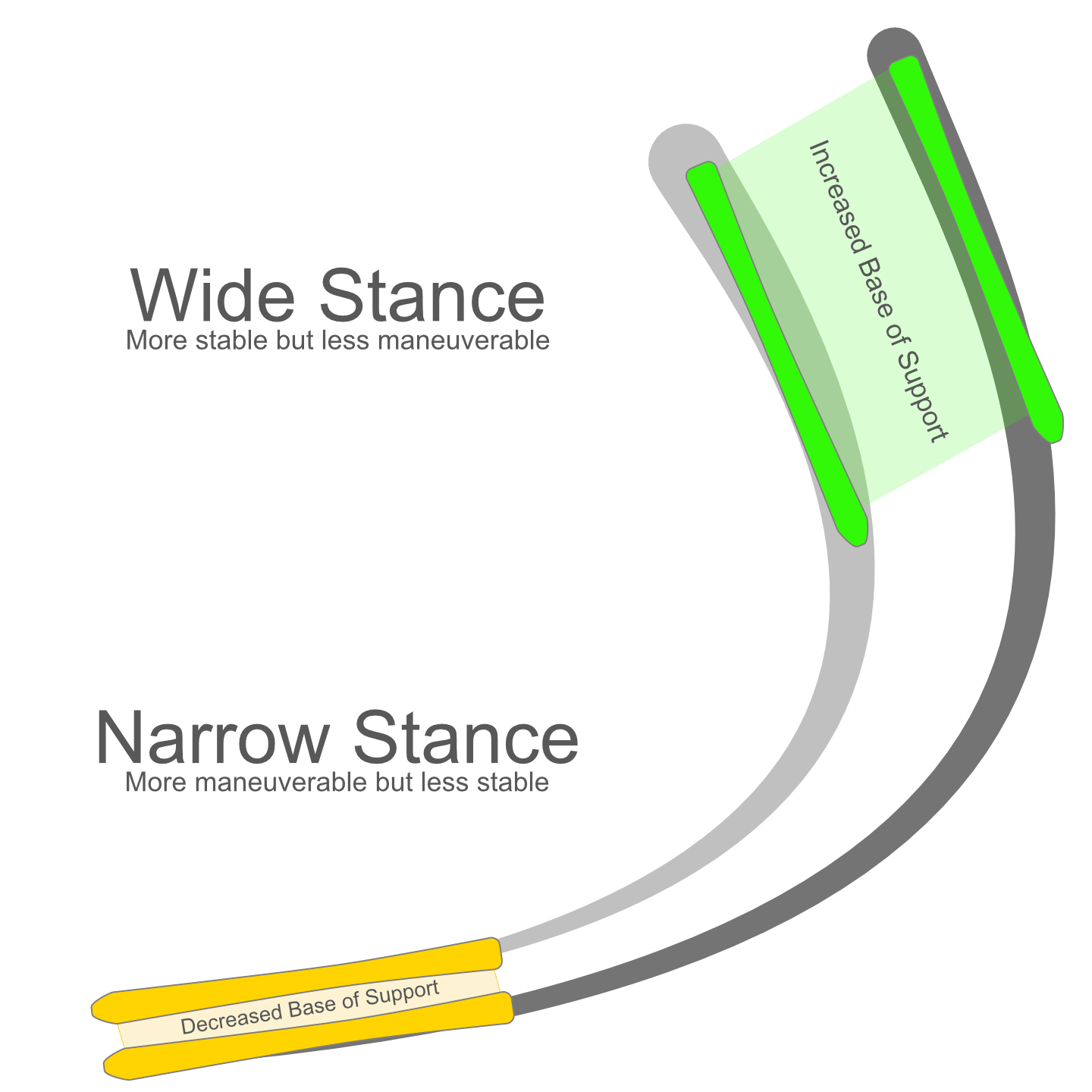 Speed is your friend! We’ve minimized the terrain to increase confidence and reduce the need for speed control, but now you’ll want to go as fast as that terrain allows. Although counter intuitive, speed often makes life easier on skis by increasing the forces to balance against. As you increase speed it actually becomes harder to maintain a wedge and the skis will naturally want to go parallel. Don’t fight it!

The primary move to focus on should be simultaneous rotation of both the femurs in the hip sockets, however, over edging one or both skis can make twisting them more difficult. Fore/aft balance issues could also limit the skiers ability to to pivot the sis on the snow.

Always look uphill before you go.

Make the Transition to Parallel Even Less Scary:

If the increased speed approach fails and psychological issues forbid the novice skier from moving towards parallel, you can take the opposite approach and forgo gravity altogether. Try a human powered motion on completely flat terrain by pushing with your poles. Push with both poles to move forwards... push with the left pole to turn right....and push with the right pole to turn left.

How do you know when you’ve got it?

I don’t suggest looking down at your skis too often, but this is a good time to do it and see if you’re meeting the objective. Are the skis pointing the same direction?

Situational Stems
Back To Novice Progression