Variations in ski design affect the ski's performance. If you're unfamiliar, here's the basics...

Shorter skis tend to be more maneuverable, whereas longer skis typically require a stronger steering effort, but add some stability at speed and float in deep snow.

This is flexibility of the ski from tip to tail. A softer flexing ski will usually be easier to steer and more forgiving, but is often less stable at higher speeds. A softer tip also promotes flotation in powder, while a softer tail is less likely to catch at the end of the turn and makes for forgiving landings when catching air.

Stiffer skis tend to be more stable at speed and grip the snow better but they can be challenging to steer at slower speeds and require more refined balance and precision. 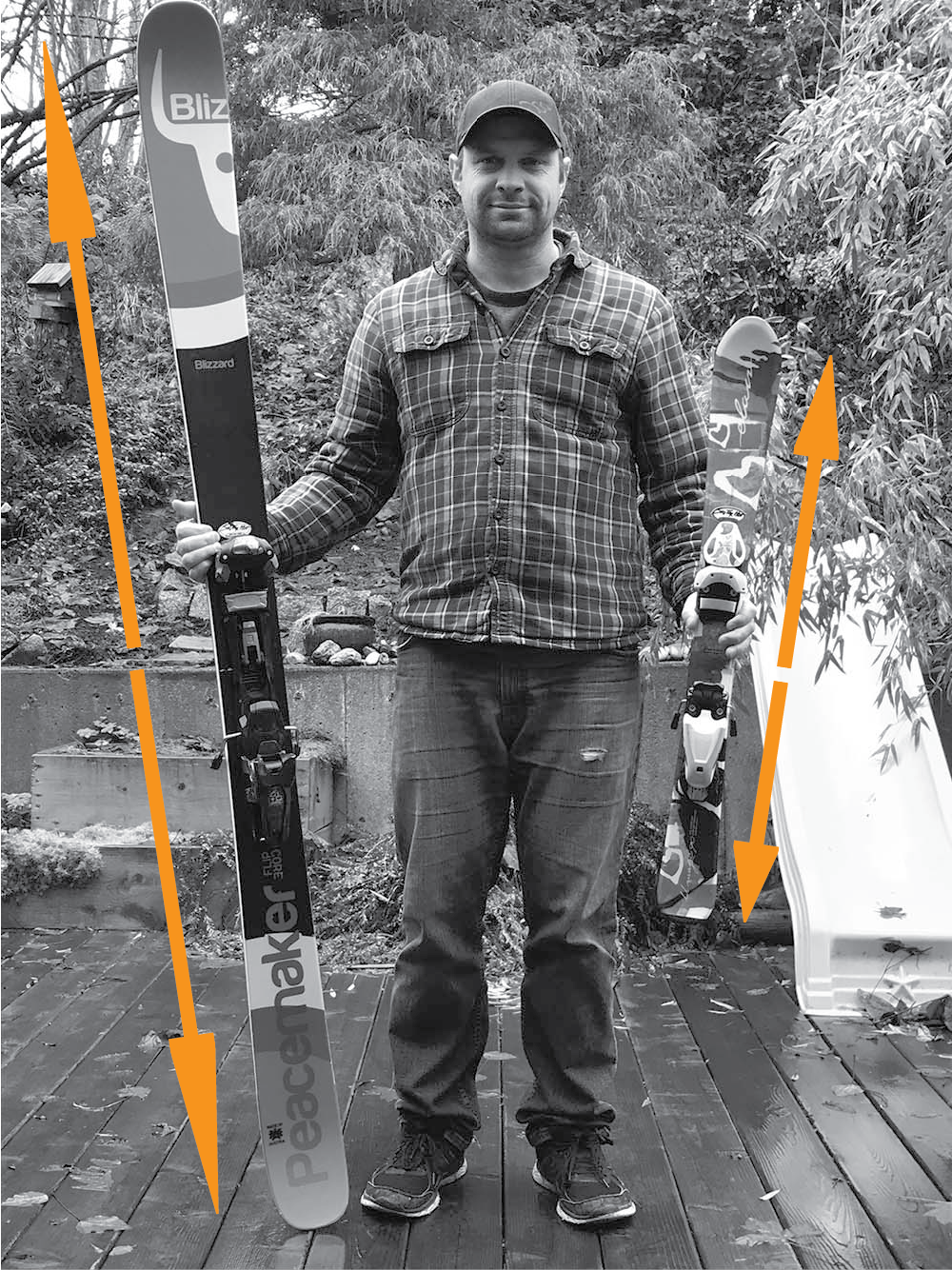 Hhhmmm, ski length... Should I go with stability at speed or ease of turning? 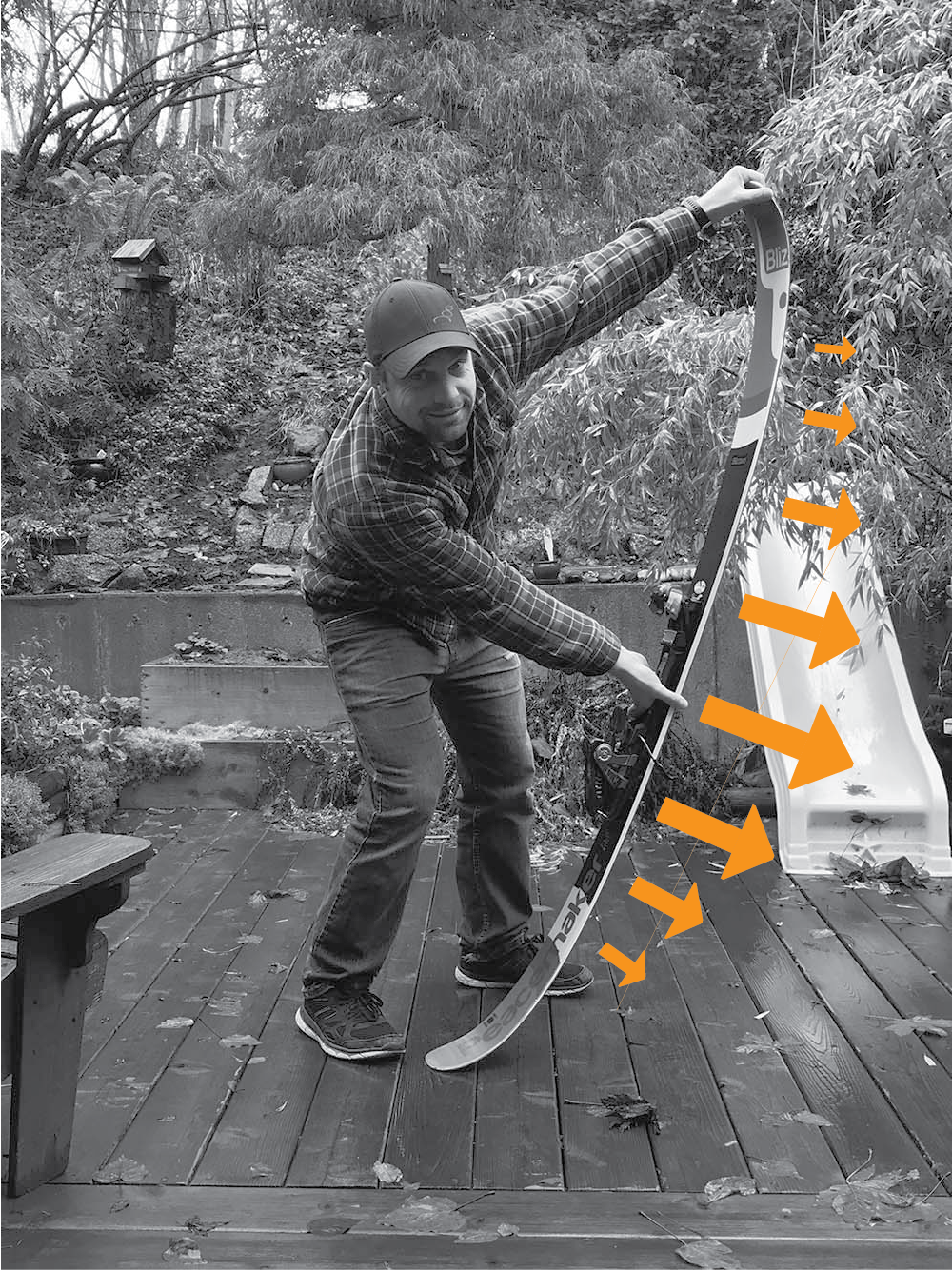 These powder twin tips sure are nice a flexy!

Fatter skis have a more surface area allowing them to float well in deep snow but aren't terribly precise.

Narrower skis are quicker edge to edge and create much less torque on your ankles  providing far superior grip on harder snow.

Refers to the shape cut out of the side of the ski.

Most all-mountain and carving skis are widest near the tip, narrowest underfoot and then widen again towards the tail. The depth of this type of sidecut determines the radius of the ski's self steering effect when tipped on edge. A shorter radius sidecut means less pivot is required and the ski can make a fairly tight arc through edging alone. While a shallower side cut may be ideal for larger turns or deep powder, a mid range sidecut will be the most versatile if you only have one pair.

Reverse sidecut refers to the shape of some modern freeride skis that are wider under foot than at the tip and tail allowing for easy pivoting, slashing and 'slarving!' Taper refers skis with a traditional sidecut for the mid ski but taper to a narrower profile again at the tip and tail.

When a ski is unweighted the contact points are at the tip and tail with the waist suspended in the air. This bend in the ski is called camber. When the same ski is weighted the camber is pushed out of the ski allowing the entire ski to contact the snow. This type of construction means the tip and tail are always fighting to make contact and grip with the snow.

When a ski is tipped on edge and pressured, the 'sidecut' allows the ski to bend into 'reverse camber' which is what creates the self steering effect as the skis moves forward through the snow.

Many modern freeride skis come with a bend already resembling reverse camber. This means the tip and tail may not engage with the snow unless they are already tipped significantly on edge or submerged in deep powder. This allows them to float easily to the surface. It also allows for easier pivoting or twisting of the ski as well as a smoother ride through crud and chopped up snow.

Many all mountain skis have traditional camber for most of the length with a small amount of rocker near the tip and tail, offering a happy medium for a variety of conditions.

That's the bit at the very tip of the ski that turns up dramatically. It’s main purpose is to prevent your ski from taking a nose dive in soft snow and help it contour to abrupt changes in terrain.

Refers to how much the ski can twist. A torsionally stiff ski means the tip and tail will grip better when the ski is tipped on edge. 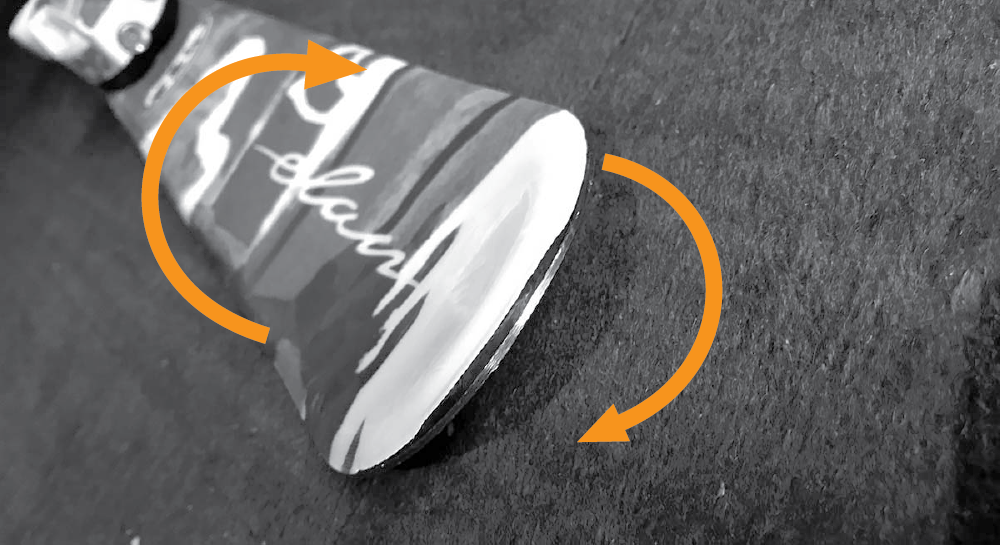 In the market for ski gear?

You can help support this blog by purchasing through our affiliate link with skis.com